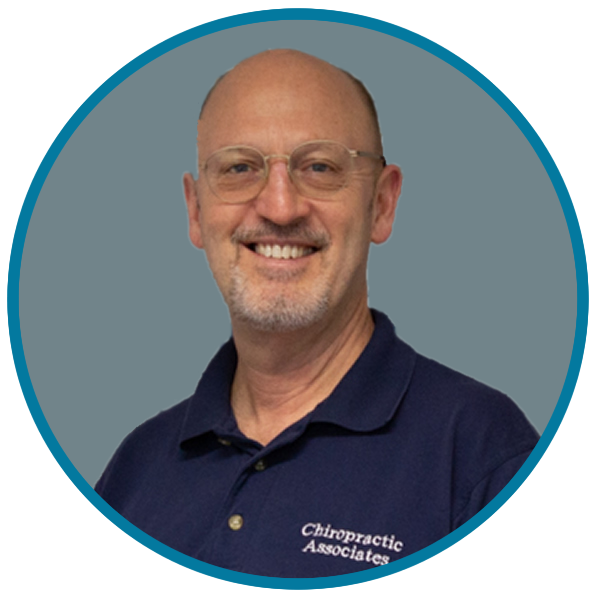 Jeff is an American chiropractor who has practiced for over 30 years in the UK and 10 years in Hong Kong.

His interest in studying healthcare followed a motorcycle accident in California in 1979 in which he recovered over four years through both medical and chiropractic care.

He met and married Jacqui, a UK native of Preston, Lancashire in 1983. He received his degree of Doctor of Chiropractic from The Los Angeles College of Chiropractic in 1989, also receiving the Student American Chiropractic Association Outstanding Senior Award and gaining both his National and California State Board of Chiropractic Examiners certificate the same year.

Jeff and Jacqui settled in the UK in 1989. They are Directors of Chiropractic Associates (Preston) Ltd and are joined in practice with their son Jonathan, two additional chiropractors John and Helen, and two UCLan Sports Therapists, James, and Holly. Jacqui is Co-Director of Clinic Services.

Jeff has also served as Cox® Disc Decompression Technique Instructor for Britain and Europe. He has lectured in the US, UK, Europe, and Hong Kong on a wide range of clinical subjects and participated in research integrating chiropractic care into hospital and general practice resulting in contractual services with the NHS, insurance, and third-party purchasers.

A firm believer in life-long learning, Jeff recently completed 15 months of training in December of 2018 with the first cohort of the Certified Primary Spine Practitioner Program at the University of Pittsburgh. Keen to bring the PSP model to the UK and Europe, he presented the PSP model at Oxford University for EBC’19, a symposium on evidence-based chiropractic care, education, and research.

Jeff and Jacqui co-founded The Good Rock Foundation, a charity for orphaned and abandoned children in China which operated from 1997 to 2017 when it was successfully turned over to the local team in China.

They have three grown children: Jonathan is a chiropractor, David is a musician/singer/songwriter and Abigail is an Associate Genomic Scientist with Cancer Research UK.

Jeff plays guitar and sings, covering songs with his two sons and daughter. A former pole-vaulter, gymnast, and wrestler, he enjoys cycling, rock-climbing, travel, and caravanning with his wife and their Border Terrier, Charlie!

If you want to hear more from Jeff, read our blog here in which we interviewed him about his life's work.